Our Pledge To You

FINANCIAL ADVICE YOU CAN TRUST… FOR A CHANGE

Since Taconic Advisors was founded, we have been committed to a fiduciary relationship with our clients.  This means your interests always come first.

As a member of the Alliance of Comprehensive Planners (ACP) we share a common pledge to our clients. This means that, in our service relationship, you can expect us to be:

Holistic in outlook. We will consider all of your circumstances, family needs, goals, values, and aspirations when making recommendations.

Professional in conduct. We will protect your privacy. We will strive to maintain the highest ethical standards possible in oury work and life. We will continually enhance our skills and credentials through continuing education, and we will refer you to other professionals when you need help in an area outside our expertise.

Educational in nature. We will guide you through your options and explain them clearly to help you make the best choices. We will always take the time to make sure you understand our advice.

Independent in compensation. We will never sell you a product or service other than holistic financial planning nor will we take a commission or a referral fee from another professional. You will receive objective, unbiased advice from us.

Committed to your success. Holistic financial planning is a process, not an event. We commit to adjusting your plan as your life goals change 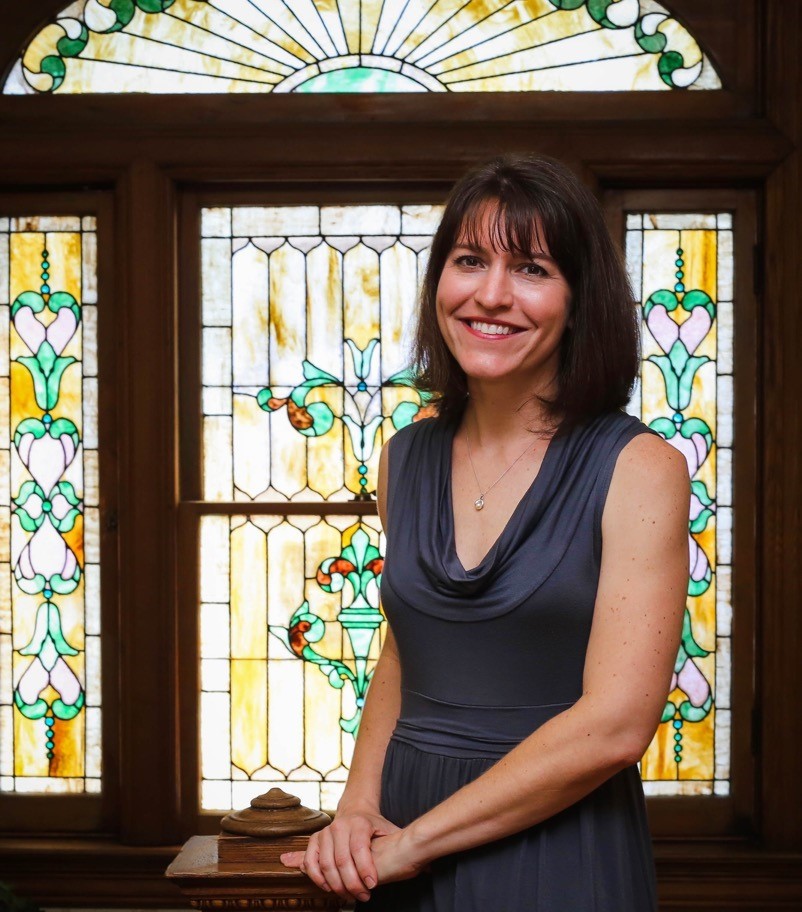 Meredith graduated from Duke University in 2001 and began her financial services career in 2005 in Richmond, Virginia. After experiencing several significant family events she was inspired to develop a career helping individuals and families meet their financial goals.

She completed the rigorous exams for the Series 7, Series 66 and Life and Health Insurance licenses and began working with individuals, families and small businesses. But, as Meredith became more experienced in her field, she also became more concerned with the typical role of a financial advisor as “salesperson” and “asset gatherer” and the lack of focus on clients' financial goals.

In 2009 Meredith became a Certified Financial Planner™ and joined a fee-only wealth management company where she worked as the lead advisor and created and monitored comprehensive financial plans, tax projections and their corresponding investment strategies.  In 2011 Meredith moved to the Hudson Valley to be closer to family and joined a large wealth management company providing financial planning services to clients employed at local non-profit organizations.

In 2016, Meredith became a co-owner and shareholder in Taconic Advisors. She is excited to help steer the future direction of the company and bring more awareness of fee-only planning to the community. 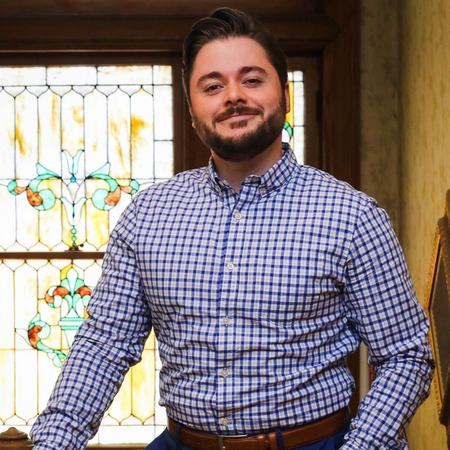 After graduating from Adelphi University in 2008, John began his career in finance on the precipice of the U.S. financial crisis.  John obtained the Series 7, Series 6 and Life Accident and Health licenses while working for a large financial services company in the heart of Manhattan.

John gained invaluable experience supporting a successful advisory team. He had the opportunity to interact with thousands of clients and helped to coordinate billions of dollars in assets.  However, after working in the industry for nearly a decade, it became obvious that the success of the company’s clients would often come second to that of their advisors.  With that understanding, John decided it was time to go in search of a new paradigm, and so he moved from Manhattan to the Hudson Valley in August of 2016.

Luckily, his search was brief, and in March 2017 he joined Taconic Advisors as the Financial Planning Assistant to Charles “Chip” Simon and Meredith Briggs. John is absolutely thrilled to have found the company of like-minded individuals and after completing the rigorous requirements fort the CFP® designation he is now taking a lead role with client relationships.

John lives with his astonishingly wonderful wife, Megan, in Beacon, NY.  They enjoy traveling, spending time outdoors and exploring all that the Hudson Valley offers.

Carmen has been working in the financial planning industry since 2019. Initially he began his career working for an independent broker dealer in Albany, NY prior to making the transition into the registered investment advisory space. He then gained experience working for a boutique registered investment advisory firm.  He enjoys being able to connect with clients and the community through holistic financial planning.

Carmen grew up in Niskayuna, NY, a small town outside of Albany. He completed his bachelor's degree in Law and Society from Western New England where he also competed on the baseball team. He has completed the Certified Financial Planning coursework and capstone through Boston University with the goal of completing the certification exam in the near future. He is happy and excited to have joined the Taconic Advisors team.

Carmen lives in Poughkeepsie with his fiancée, Katie. He enjoys watching sports as he is a big Yankee fan. He is also a Formula 1 fan and roots for Scuderia Ferrari. In his free time, he enjoys trying new restaurants and spending time with friends and family. 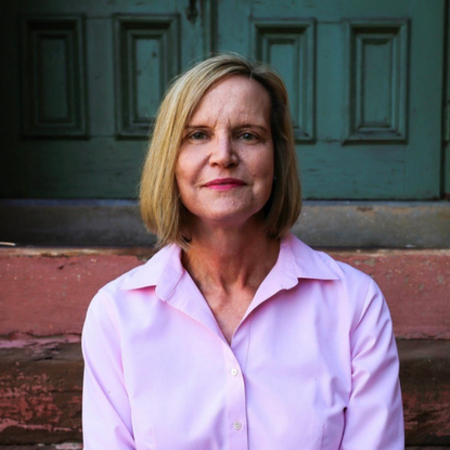 Karen began her career in higher education in 1979 when, fresh out of Hartwick College, she was hired as a Financial Aid Counselor at Marist College. Within two years, she became the Director, expanding the staff and managing a budget of 26 million dollars. (That was a lot of money, at the time - especially for a 24 year old!) In 1988 Karen moved to Vassar College as an Assistant Director of Financial Aid. There she worked for her former boss on a 10-month contract and relished her summers off!  While at Vassar she created a new office for Student Employment where she was responsible for managing jobs, placement and payroll for over 1500 students.  Karen ‘retired’ from higher education in December 2005.

After a year of being a gym rat (and babysitting for family) Karen was a bit bored. She always liked numbers and her checking account wasn’t all that interesting.  She mentioned this to Chip’s wife, Karen, who suggested that he speak to her about a role at Taconic Advisors, and the “Most Esteemed Assistant” was born. Karen started with Taconic Advisors in the spring of 2007. She’s been happily playing with numbers ever since and has developed the role of Administrative Manager.

Karen met her husband, Stephen, while she was at Marist. Stephen is now retired from a successful career in the law and they split their time between Poughkeepsie and their lake house, Fairwinds, on Schroon Lake. They enjoy sailing (him) biking (her) and gardening together. And what a garden!  It is built on a hillside, predominantly shade, entirely perennial, mostly native and features almost 150 varieties of hosta. They love to entertain friends and family and believe they are the luckiest two people on the planet.

She began her career in the music entertainment industry as a receptionist at Record Plant Studios in New York City. While answering phones and greeting clients, she made connections with artists, producers, and talent managers that led to further opportunities. One of those opportunities brought Cathy to Columbia Records, beginning as an Administrative Assistant in the promotion department and later promoted to National Promotion Coordinator.  After eight years in promotion, she was offered the position of Director of Client Services at Sony Music Studios.

Life has turns, and Cathy’s did. After her father passed away, she moved to be with her mother in Rhinebeck. They both decided to embark on a new adventure and in 1999 moved to the seacoast town of Rockport, MA where they spent wonderful years together until her mother’s death in 2015.  During that time in Rockport, Cathy entered a new job in higher education, working in the Office of the Provost at Gordon College and eventually becoming the executive assistant. She retired from Gordon College after 15 years of service at the end of June 2019.

In 2020, Cathy found and moved into her forever home in Saugerties and joined Taconic Advisors as their new Administrative Assistant. She says, “In all my jobs two things that I always gain and keep are the interpersonal experiences and friendships. I find the environment at Taconic Advisors rich in both and am grateful for my good fortune to be part of this team. Plus, I live three miles from work. It is the shortest commute of my life.”

Cathy misses being so close to the ocean but loves the mountains, forests and lakes in the Hudson River Valley. Cathy loves to swim and her personal goal is to find all the swimming holes in Ulster county. If you know of one please contact her. 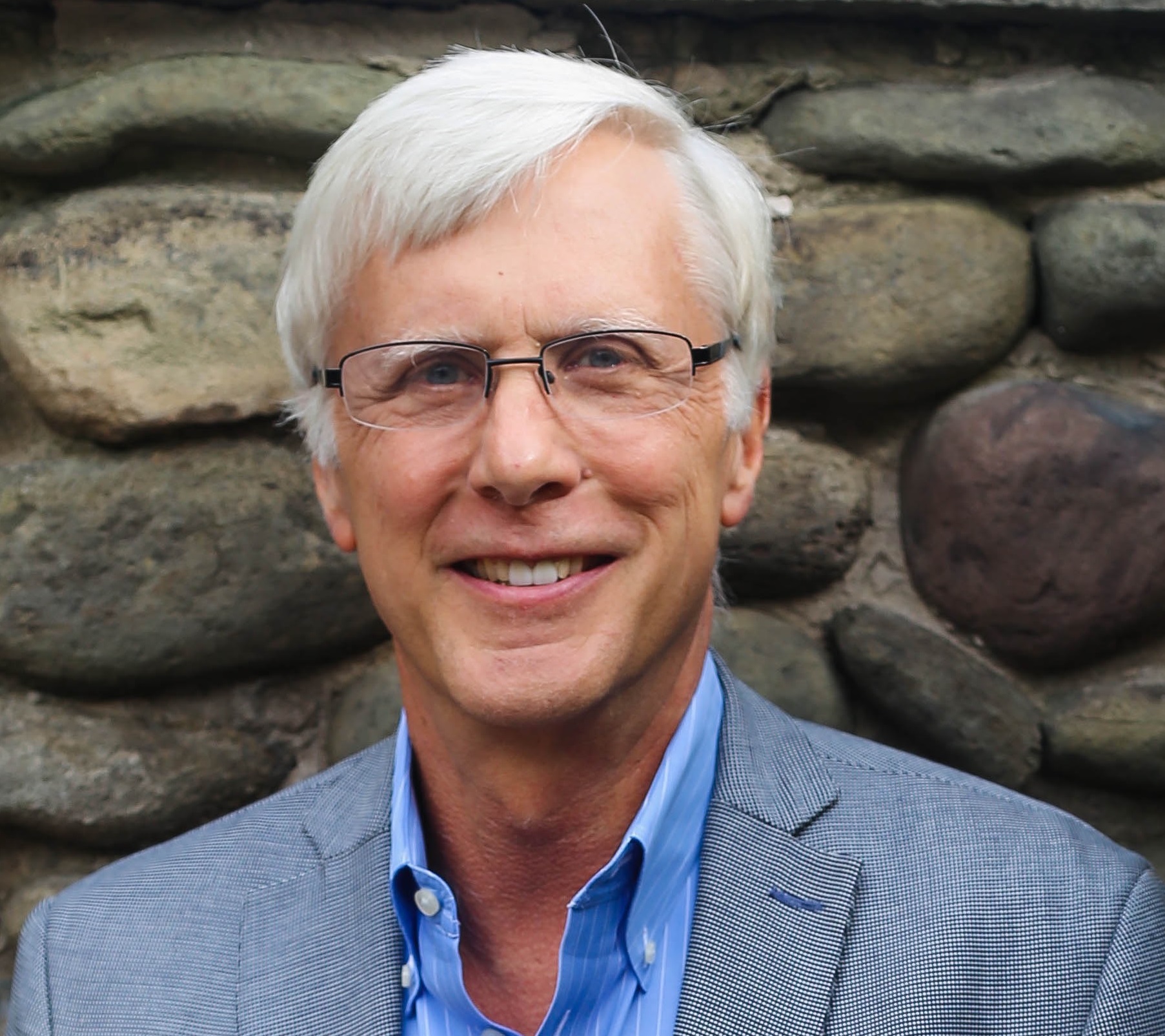 Chip wrapped up his 20-year financial planning career with Taconic Advisors at the end of 2022.  He founded the firm in 2002 and has spread the gospel about the benefits of financial planning without financial product sales since that time. He is pleased and confident that Taconic’s clients will continue to work with a skilled team of planning professionals under Meredith Briggs’ leadership.

Chip received his B.A. from Colgate University in 1974 and holds a graduate degree in Accounting from New York University. He received training in all areas of personal financial planning through Marist College and specialized training in financial planning techniques through the Alliance of Comprehensive Planners (ACP).   In 2019 he was the recipient of ACP’s Stewart Farnell Award for Exemplary Coaching. Another great honor during Chip’s career was to meet with the founder of Vanguard Investments, the late John C. “Jack” Bogle. At the end of the meeting Jack inscribed his book “Enough” with the following message “For Chip’s clients…listen to him!”

Chip currently serves on the Board of Trustees for the Community Foundations of the Hudson Valley and Poughkeepsie Rural Cemetery. In the past he chaired the Board of ACP and sat on the Boards of the Chamber Foundation and Mental Health Association as well as chairing the annual American Heart Association Heart Ball.

Chip is married to Karen Hansen Simon, a happily retired ex-CPA partner, formerly with Sedore and Company, CPAs, LLP. They enjoy vacation travel and community events together, as well as the company of their children, Scott & Emma.

One last note about financial planning for retirement…it really works!